Home › The Unexpected › Why 6th Grade Boys are Evil

Why 6th Grade Boys are Evil

Several years ago, when my sons were in middle school, I worked for a man who was a former litigator.  This meant that every time I wanted to ask for permission to do 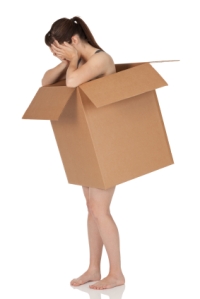 something, I had to prepare as if I were going on trial.  Although it sounds like a pain in the neck, it was actually very good training for me for future arguments with everyone from my current boss to my husband.

I was preparing for a meeting with him one morning, and I knew I was going to have to be in top form.  Clearly, I had to wear the one power suit I owned.  I woke up and while I was in the shower I envisioned the entire flawless presentation I was going to make in my kick-ass suit.  Going to the closet I suddenly realized the suit I HAD TO WEAR was at the cleaners.  I had forgotten to pick it up the previous evening because I was shuttling kids back and forth to football practice, which of course was in separate fields across town.  Plus I had volunteered to be the team mom, which meant I had to act like I was interested in the stupid game.

“No worries,” I thought to myself.  “I’ll just pick it up at the cleaners on the way to work.”  I then put on my pantyhose and bra, donned my trench coat, and went out to the living room to make sure the kids were ready for school.  Unfortunately, this day the two younger boys decided to gang up and annoy their older brother, who outweighed them by about 75 pounds.  A very physical fight ensued, and I had to jump in the middle to break it up while screaming at everyone like a fishwife.  Shoving them all out the door I got in my car and wondered how much trouble I’d get in if I just stopped feeding them for a while.

About 15 minutes away from the office, as I was holding the steering wheel I thought to myself, “My ass feels very slippery.  Why is my ass so slippery?”

It took about 15 seconds of me sliding my butt around to realize it was my pantyhose sliding on the acetate lining of the trench coat.

In my desire to keep at least 2 of the 3 boys alive during the fight, I had completely forgotten that I had to go by the dry cleaners.  As a result, I had accidentally gone to work with no clothes on.  Nowadays when I get too big for my britches, Bob helpfully reminds me that I am the only person he ever met that actually went to work in her underwear by mistake.  I of course, blame it all on my children.